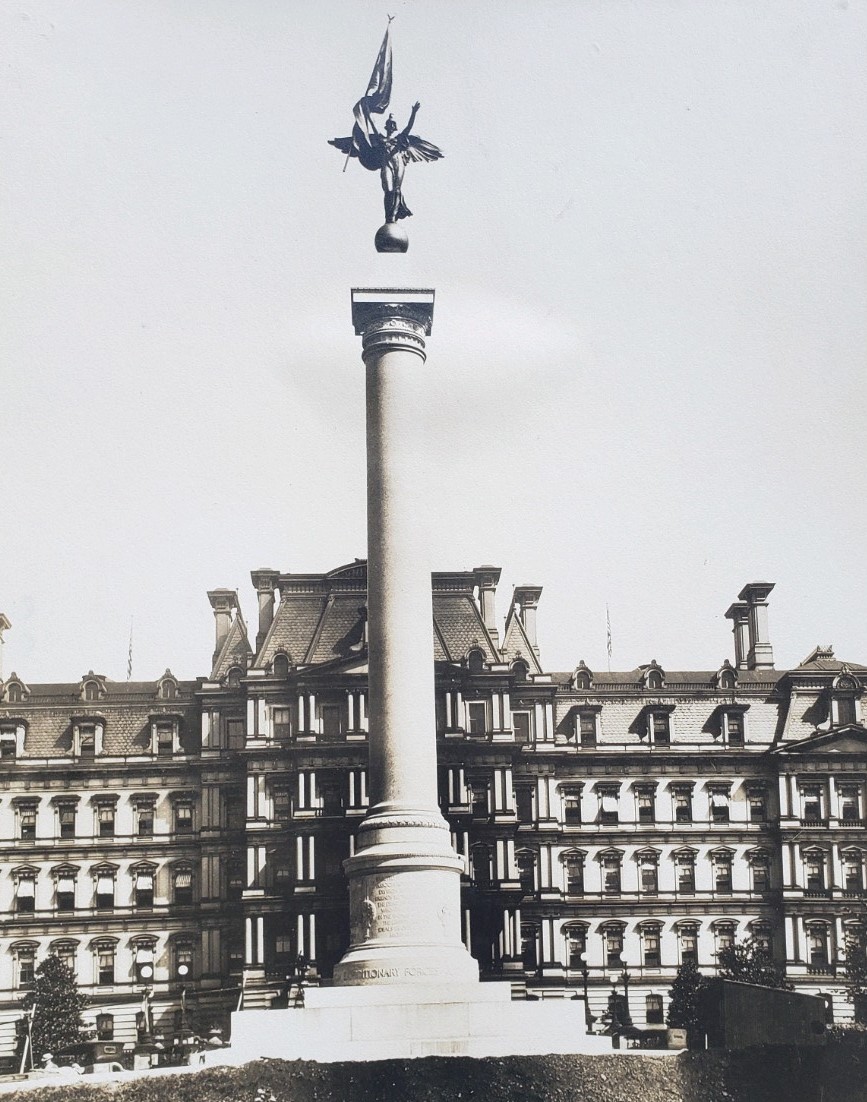 Unveiled in October of 1924, by President Calvin Coolidge the First Division Memorial is a tribute to our country’s fallen. Located in Presidents Park, just west of the White House in Washington DC, the memorial commemorates those who died serving in the 1st Infantry Division of the US Army in World War 1. The First Division were the first American soldiers to arrive in France in 1917 and the last soldiers to leave Europe in 1919. They were under the command of General John Pershing and the division became known as “Pershing’s Own.”

As one of the most famous national memorials, it towers 80 feet in height, the central shaft being 35 feet high and 5 feet 6 inches in diameter. A striking pedestal sits at the bottom, listing the names of 5,516 First Division soldiers who gave their lives. Cass Gilbert was the architect of the original memorial and Daniel Chester French was the sculptor of the victory statue. The memorial has since been expanded to include other wars. The granite shaft of Milford Pink, was quarried in Milford Massachusetts by the George Dodds and Sons Company, now Dodds Memorials. It was cut, shaped and polished in Massachusetts and shipped by railcar to Washing ton D.C.
More than 6,000 attendees gathered to dedicate the monument. Major General Summerall served as Grand Marshal and spoke of the character of the First Division. President Coolidge gave the dedication address and the ceremonies concluded with a rendition of the “Star-Spangled Banner” by the bands of the First Division.