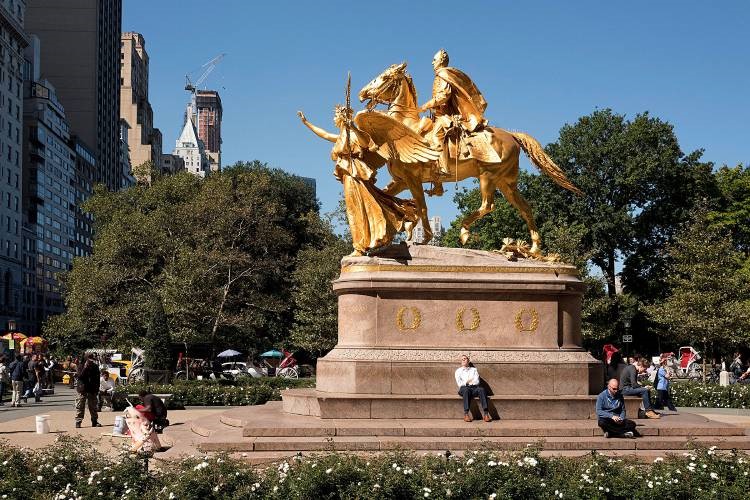 Many consider the sculpture of General William Tecumseh Sherman as one of the finest sculptures by American sculptor Augustus St. Gaudens. In 1892, St. Gaudens modeled a bust of the general who lived in New York after the Civil War. He then created the equestrian sculpture in Paris, France, completing it in 1903. The sculpture was placed on a large pedestal of Stoney Creek granite, a quarry owned at the time by Dodds Memorials. The statue stands at the main entrance to Central Park.
Born in Lancaster, Ohio, Sherman was an American soldier, businessman, educator, and author who served as a General in the Union Army during the Civil War . He lead his troops to the capture of the city of Atlanta, a military success that contributed to the re-election of U.S. President Abraham Lincoln. He accepted the surrender of all the Confederate armies in the Carolinas, Georgia, and Florida in April 1865. When Ulysses S. Grant assumed the U.S. presidency in 1869, Sherman succeeded him as Commanding General of the Army.