The First Drop in the Family Bucket List: What you need to know to protect those you love By Neil Fogarty | Dodds Memorials

The First Drop in the Family Bucket List: What you need to know to protect those you love By Neil Fogarty 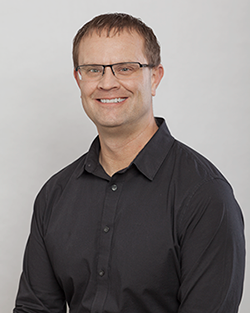 “I don’t need a will!” “I’m young and healthy.” “I can worry about that later.” Amazingly, responses like these are all too common in our society. According to a RocketLawyer Study study, 60 percent of Americans don’t have a will. Of those ages 45-54, fully 70 percent have not taken the time to make a will. Do you have a will? Why or why not? Let me know in the comment section below. I’d love to hear from you!

What are we thinking?

I remember as a kid thinking that my teachers were all “old.” I remember listening to a Jimmy Buffett song, “A Pirate Looks at 40,” and thinking man I will never be able to relate to that! The television show “Thirty Something” seemed like a big age joke. Yet here I am, no longer thirty something, and a pirate looking back at 40! My point is, we never think of the time where we are going to need a will or a living will, because it always seems so far away. The trick is, though, that these documents are not about dying; they are about protecting and preparing. Yet, the statistics show that we just don’t have or take the time to create these documents.

Ever heard of Jimi Hendrix?

Jimi Hendrix, an icon of the hippie and drug counterculture, is considered one of the greatest guitarists in history. David Fricke of Rolling Stone ranks him number one. (Rolling Stone Article) Hendrix died in 1970; he died without a will. Michelle Fabio, Esq. details the chaos that ensued when Jimmy left others to figure out his multi-million dollar estate. (The Battle Over the Jimi Hendrix Estate) Guess what, Jimi had some well-known company when it comes to dying without a will. Would you ever guess that Abraham Lincoln (a lawyer!), Howard Hughes (a billionaire!), and Martin Luther King, Jr. didn’t have a Last Will and Testament? Yep, they all died without wills and left their assets to the mercy of the courts and infighting relatives.

Before we can do that however, we need to understand exactly what a will is. Blog contributor Stephanie B. Stephan, Esq., of Stephan and Stephan Law Group, provides insight. “A Last Will and Testament is a document that does not become effective until you die. It dictates the way that your assets will be distributed and utilized when you die. It also dictates who shall distribute your assets.” Those left behind by Jimi and his fellow will-less celebrities know the reality that, as Stephan puts it, “There are real life consequences if you do not have these documents in your Estate Plan. If you do not have a Will, the Court will make the determination as to who will distribute your assets and who will receive your assets via the Statute of Descent and Distribution.”

Not exactly, but a Living Will is just as important as a Last Will and Testament. Stephanie B. Stephan shares, “A Living Will, also known as an Advanced Directive, states your wishes regarding life support in the event that you are in a permanently unconscious state or have a terminal condition that will not improve with further treatment and you are unable to communicate your wishes.” So, before you die, you need a Living Will. Imagine you are estranged from your spouse, your kids hate you, and you are lying in the hospital. Who gets to decide what happens to you? Sure, it sounds like a bad movie script, but it happens. According to Stephan, “If you do not have a Living Will, then your medical professional will contact the closest relative they can reasonably find to make a life-ending decision. Under this scenario, this person may not be the person you want to make that decision. They might not know your wishes or beliefs.” Pretty scary, huh? Dr. Death calls around to only find your crazy Uncle Willy, and he gets to decide your fate…unless you have a Living Will.

Let’s take our cue from Larry the Cable Guy and get a will on the books! Law Professionals like Stephanie Stephan, are available in every city or town in America. The average will costs around $150 to $600, and is worth every penny. You are providing you and your loved ones with protection and security. In comparison, Stephanie Stephan warns, “A will contest proceeding will easily go into the thousands of dollars,” not to mention the potential damage to relationships within the family. Don’t make the pain of your incapacitation or loss any worse than it has to be. Get a Last Will and Testament and a Living Will done. It’s not about death, but security and a future life for your loved ones. Click on this link to download a checklist.